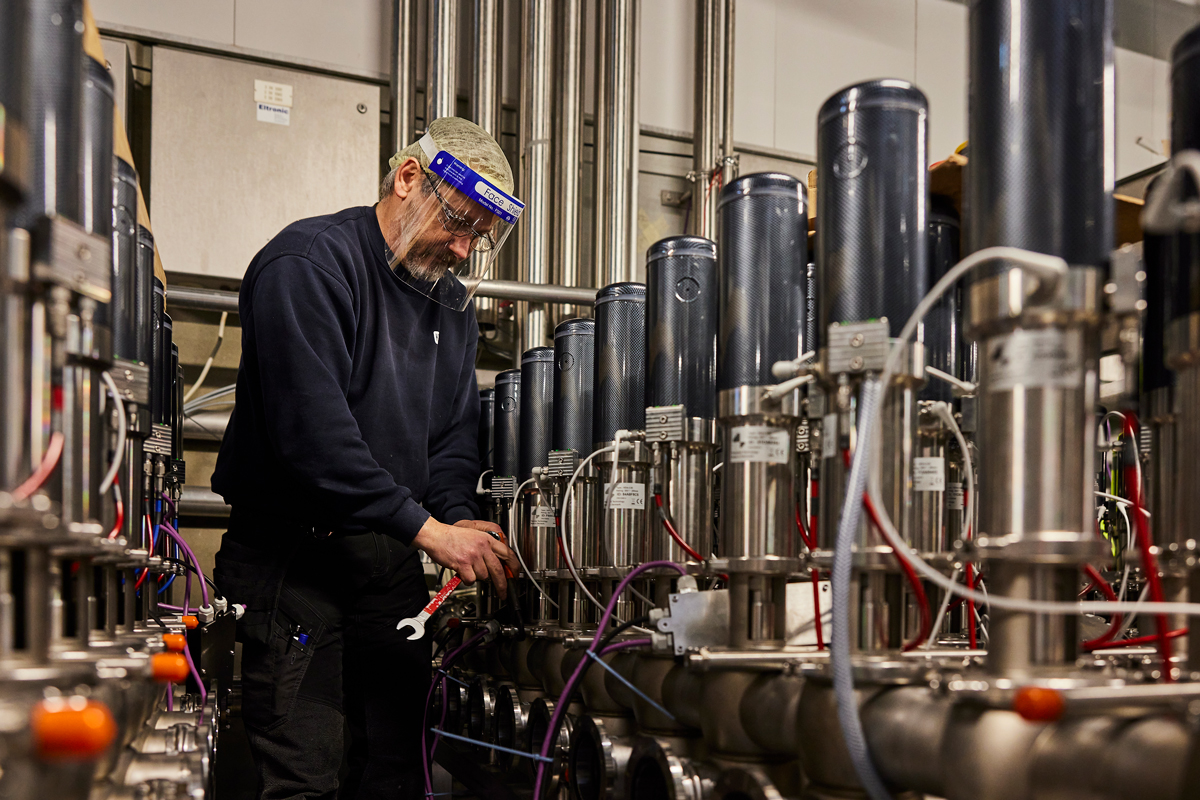 Over the past 10 years, Carlsberg has been closely involved in developing and testing the HYDRACT valve, and since 2016 Carlsberg has implemented the HYDRACT valve at the company’s brewery in Fredericia, Denmark. The project first started as an energy-reducing project - powered by water hydraulics – the patented valve technology reduces the electrical power consumption by more than 90%. The project evolved from being the sustainable alternative to common pneumatic valves – to enabling high precision inline mixing and working with HGB and late product differentiation.

The tests of the HYDRACT valve have exceeded our expectations. The precision and repeatability achieved with water hydraulics as an alternative to compressed air enable an entirely new approach to effective and sustainable beer production. It fundamentally changes the way we can produce beer in the future, says Anders Kokholm, Brewing Director at Carlsberg Supply Company Denmark. This has led to another project that will be finalized before Christmas 2020. When the new project is implemented Carlsberg will have more than 600 HYDRACT valves installed and operating in Fredericia – bringing a huge change to the way Carlsberg is producing beer.

Because water is incompressible, the hydraulic valves provide an unprecedented level of precision and control compared to pneumatic valves. HYDRACT enables customers to rethink the production methods and processes, due to the stability and precision of the HYDRACT valves.
IMAGE LEFT: HYDRACT water Hydraulic valves being installed at Carlsberg denmark.

See how Carlsberg changed the way they will process beer going forward.
‍
The video opens in YouTube and has Danish and English subtitles.
‍
‍
The new way of mixing beer at Carlsberg, called Smart-mix, means that Carlsberg now can focus only on brewing HGB and inline mixing of these – creating a brand-new setup for the brewery – blending beer on demand for Just-In-Time filling.

In other words, Carlsberg can reduce the number of tanks, and thus beer types, considerably, and basic products can be mixed in many combinations on the way to bottling. This gives the brewery a significantly shorter lead time. This allows the brewery to adapt much faster to the market conditions and seasons – thus minimizing the inventory carrying costs significantly.

The company is quickly realizing the benefits of changing its setup. “The process is very unique,” says Anders Kokholm. “and you cannot find a valve controlled like this one in the market today.”

The new inline mixing project not only achieves significant energy saving for the valves but also generates less waste and consumes less water while reducing chemical use and cleaning costs up to 30%. Because Carlsberg will be able to brew bigger batches of the same HGB there will be fewer bright beer batches per year – hence less cleaning and a higher filling degree of the BBT.

The way Inline mixing is done at Carlsberg, we significantly increase the capacity of the BBT bottleneck in the brewery, whilst lowering the unit cost of producing beer. The system is fully automated using advanced valve, measurement, and software technologies controlling key parameters, such as alcohol, CO2, colour in real-time, producing final products within specifications and maximizing line utilization, from the smallest batch to the highest speed and capacity available in the industry, avoiding the need for mixing tanks and systems.
Right top image:  valve matrix at Carlsberg denmark.
below right image: valves at top of Bright beer tanks,
carlsberg denmark 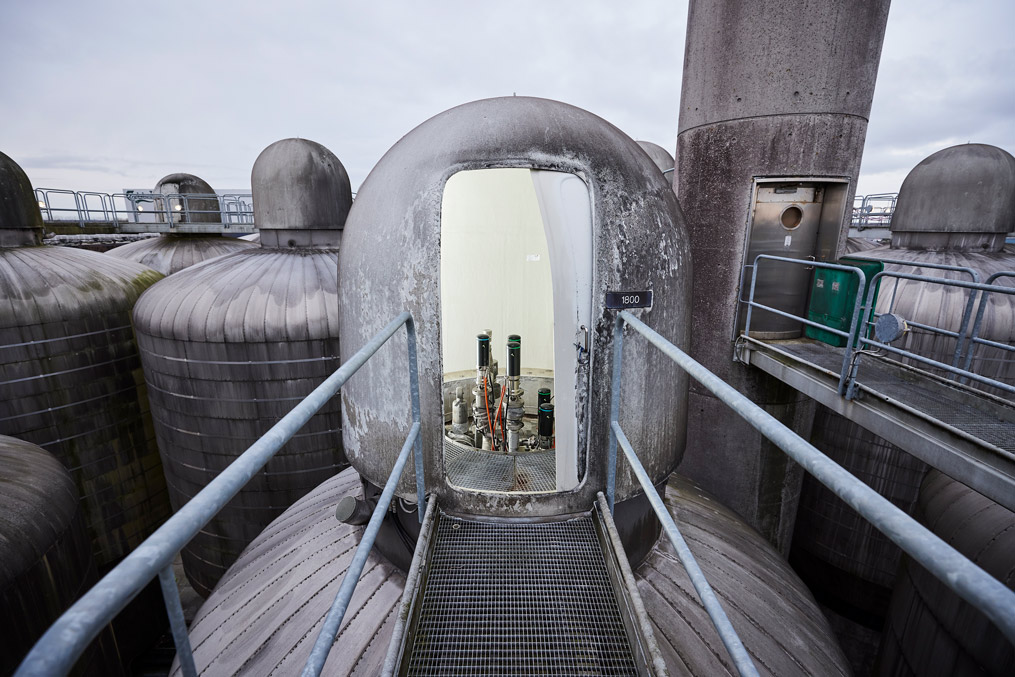 "If you want to list all the benefits of using Hydract's valves, then it will be a very long list. The fact that it can stay closed and regulate precisely gives us at Carlsberg the process advantage that we can make a very late product differentiation. We can cut down on our inventories to achieve higher efficiency at the bottling plant and we can produce On-Demand and Just-In-Time while reducing our waste. It will pay off – big time!"

‍
”With the valves from HYDRACT, Carlsberg’s production becomes faster and more efficient. Our production becomes easier and cheaper. We achieve better utilization of the raw materials as well as a much more flexible production with increased process reliability.
It is crucial for Carlsberg to be better and more competitive than our competitors. It opens so many opportunities and creates such a good economy that it would be wrong to do otherwise."